Knees Are Made for Racing

How Active Can My New Knee Be?

Many patients question how active they can be with a knee replacement. Don Prevost can answer that question.

Don has led a very active life. Long before his knee problems he was significantly involved in running, hiking, playing handball, and motorcycle racing. 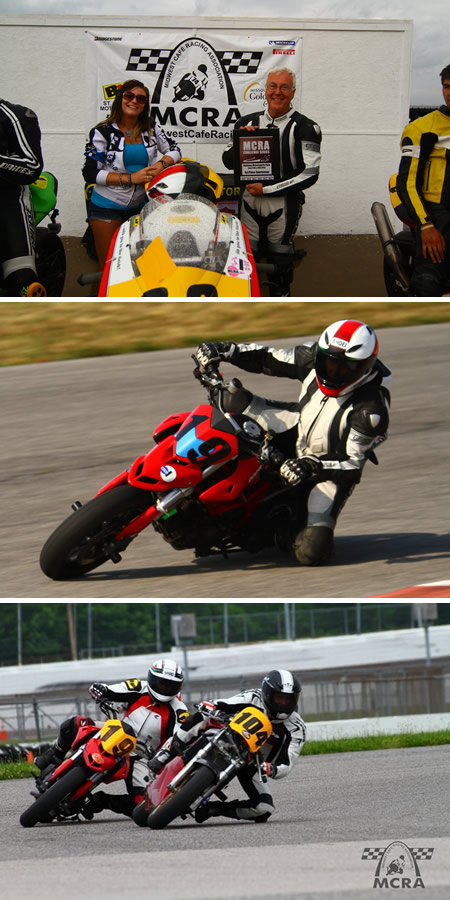 Don was introduced to motorcycle racing in the Marine Corps. While stationed in Japan, he attended an exhibition race event sponsored by Yamaha. Since he had some riding experience, he was asked to participate. He took second place!!
After returning to the states, he began racing with a local motorcycle club. That was in 1970.

He also has his pilot's license.

Is it clear now? Don has led a very active life!

Then, around 2006, he began having increasing problems with his knees. Whether the cause was his active lifestyle, genetics, or injuries is not known, but his knees began to interfere with his lifestyle.

He could no longer live the active lifestyle he loved because of his arthritic knees. He tried exercises, oral medications, and steroid injections. However, none of these measures gave him relief from his knee pain.

He owned a machine shop but couldn't tolerate the standing he needed to do in his business. "Simple things like going to the mall, going shopping, and getting in and out of the car became a painful experience."

He was referred by a friend to see Dr. Ben Holt about his knees. Don said, "Once Dr. Holt saw the x-rays, it was so apparent that the joints were bone-on-bone, and that surgery was the only recourse."

"Things had gotten so bad, that it became 'painfully' clear to me that surgery was what I had to do."

Don had both knees replaced at the same surgery in 2008. "In about six weeks I was getting around pretty good."

"I can't stress enough the importance of sticking with the physical therapy. It makes all the difference in the world."

Don answers the question as to how active a person can be after a knee replacement by listing things he can still do with his replaced knees:

"The surgery has had no effect on my medical certificate for my pilot's license."

Not every patient can be as active as Don, but he is living proof of what is possible.